The Eye of an Artist 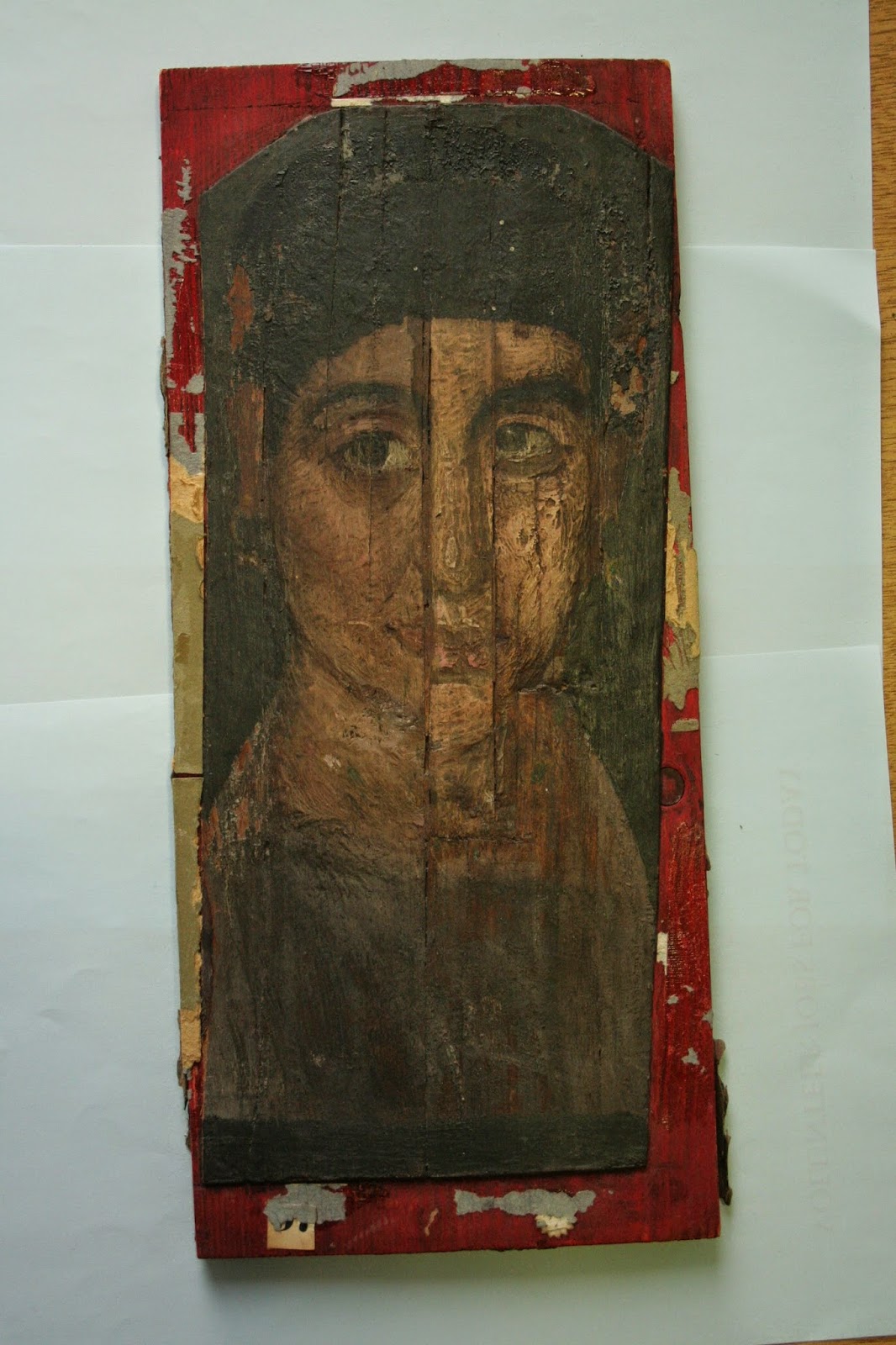 This portrait has been on display in the Egypt Centre since it opened in 1997, apart from a little trip which it did to Madrid in 2011. Such items are commonly known as Fayum portraits, from the area in Egypt in which they are found. We knew ours was damaged. If you look you can see a crack down the middle where the parts don't actually meet properly. It looks damaged as though a piece has been added in.  However, yesterday an artist (Donna Wilshere) visited the Centre and pointed out something we hadn't considered before. The portrait is actually two halves of different portraits put together to make one. That is, these are portraits of two separate individuals, presumably made up to look like one in Victorian times.

The portrait/s date/s from the Roman Period in Egypt and probably from the 1st to 3rd centuries AD. Such portraits are usually found in the area of settled by Greeks and then Romans, largely the Fayum. This example comes from Hawara. The sitters were usually descendants of immigrants from Greece who had settled in Egypt. Such people had come to Egypt in search of employment after the invasion of Alexander the Great (332-323 BC). It may be that during the lifetime of the sitter, such paintings were displayed in the house. After death they were put in mummy wrappings.

The left looks like the face of a woman with slightly pointed jaw. The right looks more like a more rounded face. The hairline, earring, jaw and even the paint shading do not match. Obvious isn't it! But we didn't realise this.

Posted by Carolyn Graves-Brown at 03:14